We are hired as private drivers, part-time, usually involuntarily & unprepared – I may not have told you that! It’s various activities, dinners, gigs & other we are asked to drive our boys to, and it’s unpredictable. To put it nicely – we get to see places we otherwise wouldn’t. Different suburbs, neighbourhoods & areas where they usually meet with friends.

So in other words, inspiration from the streets today – it’s not about aesthetics, it’s about peoples creativity. The way people can change the street scene, not through architecture but by being ingenious in a simple, down to earth-way. What’s exciting is that it can turn up anywhere & unexpected. It makes me think about the person behind & the reasoning. I call it street art, where others might look at it as clutter or graffiti…perhaps. 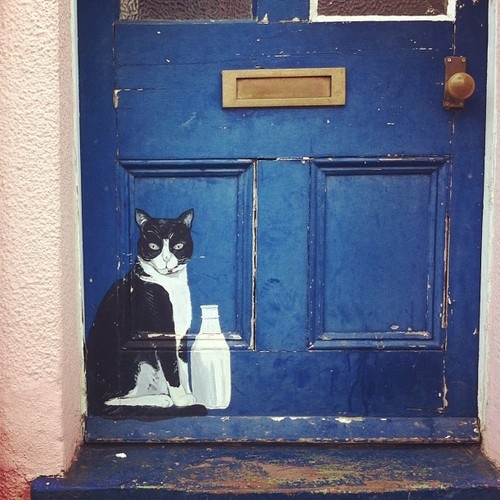 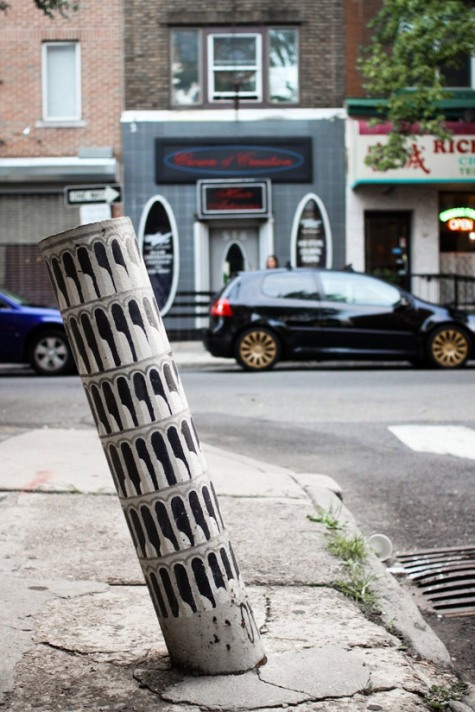 The Leaning Tower of Pisa / tumblr.com 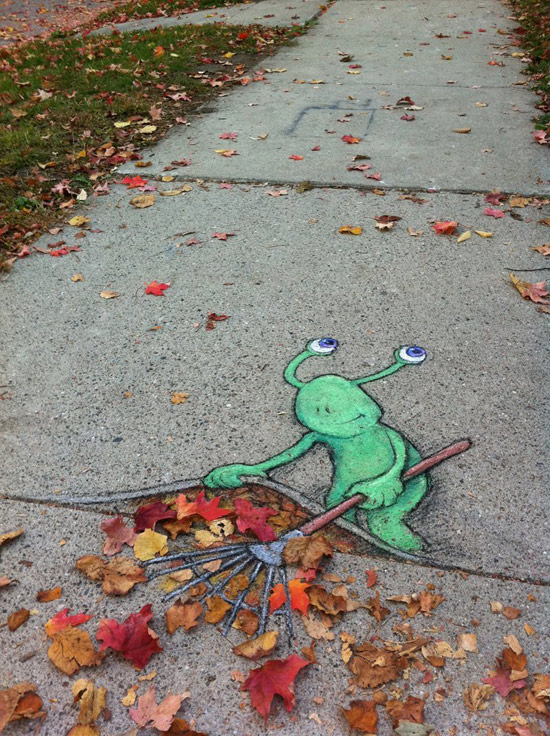 A tiny speck that keeps the streets clean / memolition.com

Colourful characters with twinkle in the eye / memolition.com 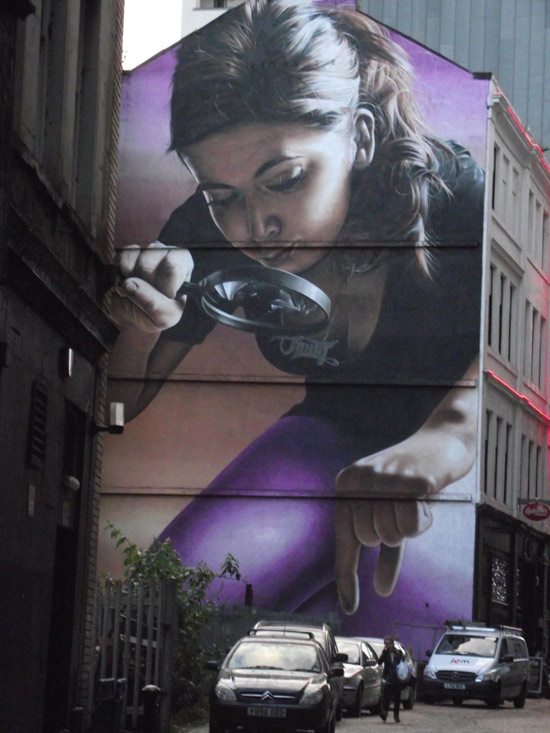 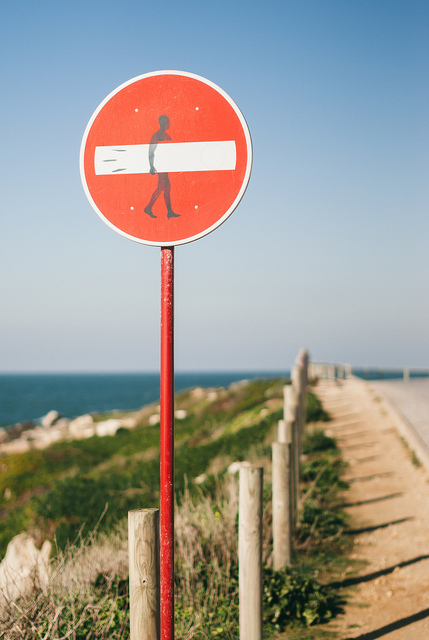 What was once was meant, means something else now / imcallingshots.tumblr.com

Someone is a passionate knitter / google images

There’s a view,  with or without windows / evysinspirations.tumblr.com

It struck me the other day that it’s not particularly common with black houses. Thus black façades, the very dark soot-blackened façades. Can certainly be found here & there in specific areas. Properly done, it is really beautiful with black buildings that stand out in the public visual noise. Some buildings & houses can get a majestic dignity. Black houses beautifies wherever they turn up, whether it’s in town, the countryside, along the coast or in isolated areas. Let us see what you think. I am very fond anyway.

An oasis in the greenery / rumid.dk 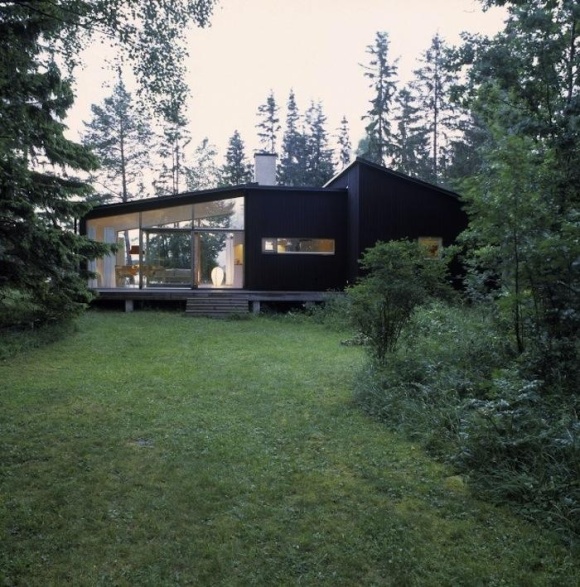 A black ship has landed / remodelista.com 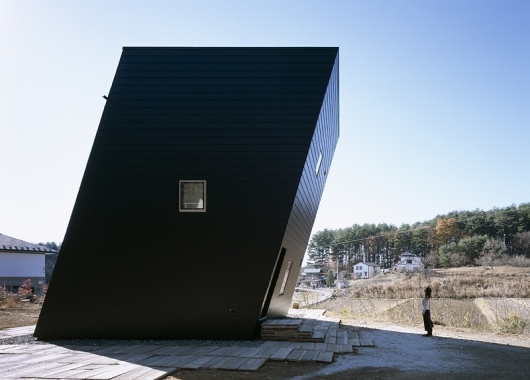 Inspired by the Leaning Tower of Pisa / kkas.sakura.ne

It is possibly an extension – nice with black & white / frenchbydesign.blogspot.se

It’s important to stand out in the crowd, sometimes / fancy.com

Welcome to my castle, well the livingroom / dwell.com 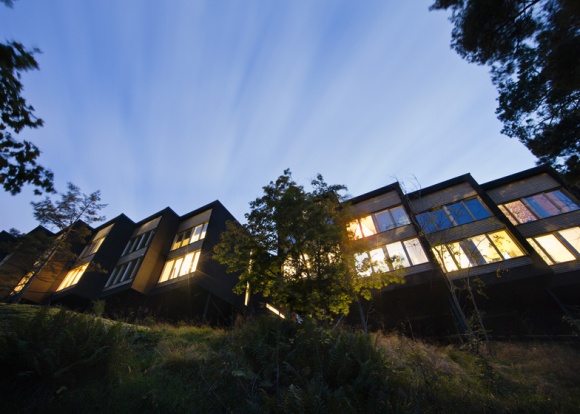 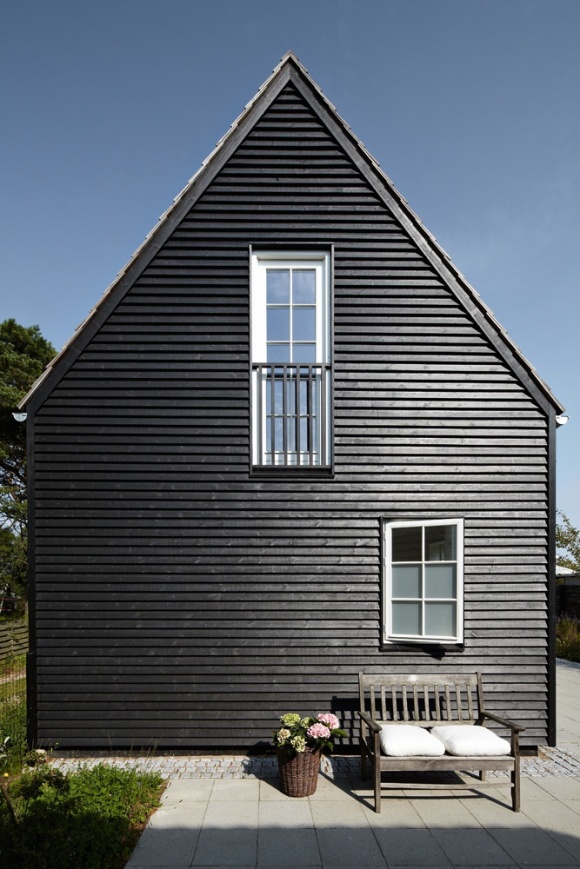 Black, on the waterfront / sunhouse.fi

Facades are amongst one of the best things I know. It’s a special feeling in my stomach when I see fine facades, whether they are contemporary, traditional, worn or whatever, really. I have spent loads of time, wandering around in different cities or streets to experience architecture regarding facades along streets & squares. It can be charming old houses, old schools, newly manufactured wooden houses, factories stately or just square ones, without decoration. Facades says a lot about us humans, through different epochs. It’s nice to play with the idea of how people living inside are & what they do. But let’s leave that thought for another time.